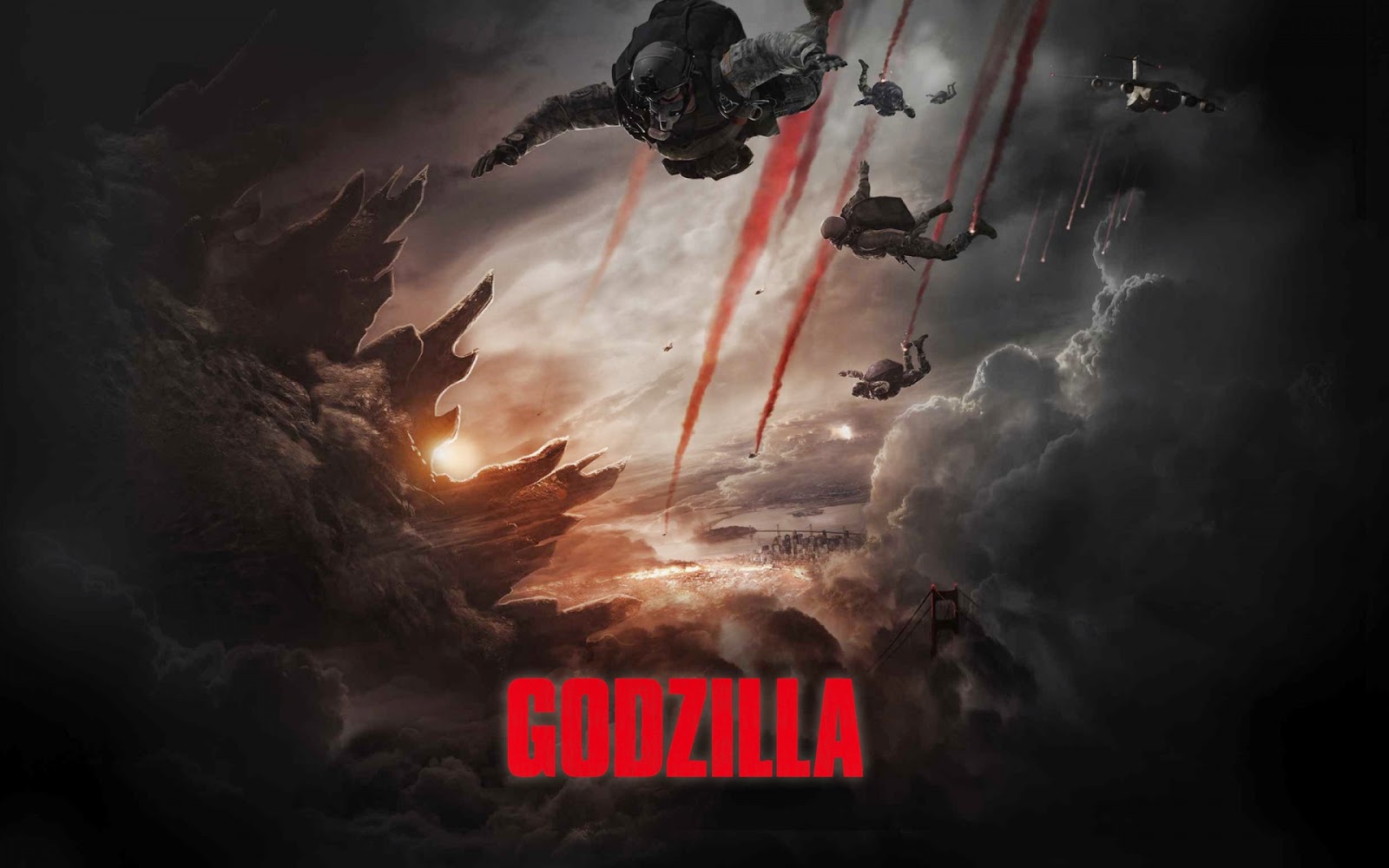 Godzilla requires a little bit of patience. The first 45 minutes is spent in character development and establishing the mythology behind this incarnation of an already familiar character. There are some excellent choices on this front; neat laws that keep the story on track and allow for some excellent set pieces. Some will find flaws in the plot, but they really are only there if you really want them to be.

The film, as is often the case in monster flicks, is brought down a notch by the humans. Cranston is unsurprisingly brilliant, but doesn’t get enough screen time. Instead, we follow the excellently constructed arc of Taylor-Johnson, who despite giving good performances in various other films (Kick-Ass springs to mind), is just a little lukewarm. Yet he makes a reasonable vessel to take us from set-piece to set-piece. Elizabeth Olsen doesn't fare so well, with a bit of a non-plot. Equally so, Ken Watanabe is also afflicted by a mediocre storyline and spends the majority of the film with a look of surprise on his face, which is ironic as he’s one of a few to have actually encountered the monsters before.

However none of this matters. The human stories are interesting enough not to bring the film down around them, and are quickly forgotten when the big G himself enters the ring. In appearance, Godzilla is phenomenal. The design has reverted back to the classic upright poise. Equally so, his opponents (the M.U.T.O.) are creepy and threatening. Every set-piece is perfectly constructed. The first reveal in Hawaii is ridiculously exciting, whilst the final battle is desperate and brutal.

Yet no matter how awesome the monsters, and how mediocre the characters, what takes Godzilla from being a 3 star job to 4, is Edward’s directing. Every shot is a pleasure to watch. He holds back in just the right places, knows when to let the camera do the work, and can make a giant rampaging lizard the most personable character on the screen. The likes of Michael Bay should take a leaf out of this director’s hand-book and realise that film is still an art, even if there are explosions involved.
Posted by Simon at 13:18

...home of alternative pop-culture reviews, theories and contemplations by a London-based writer.